pieces of you, missing
that harsh hands snipped away…

Morgan and me—a young writer talks desserts, Dr. Who, and writing about disability. 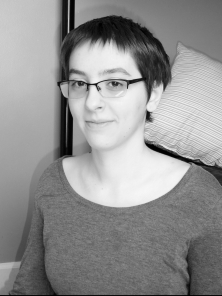 On August 14, 2017, I got the chance to interview Morgan, a fantasy writer and college student.

Morgan AB Sadddleson: My name is Morgan AB Saddleson, and I’m a young writer, lifetime reader, and college student. I’m also an uber-nerd and can’t seem to figure out how to leave Star Trek references out of my writing.

My July 2017 interview with Hungarian author Fanni Sütő, whom I first met when she hosted #JuneWIPfolly, a Twitter hashtag for writers.

I was an only child, so sometimes I was a bit lonely and there was nobody around to play with. I loved reading and inventing adventures, I recorded my own radio shows, organised little exhibitions from my different little collections and charged my relatives to see them, I dreamt of big adventures and seeing the world.

What are some of the day jobs you have held? Have any of these influenced your writing?

For the first 2,5 years of my professional life ( I started it not that long ago) I was a contact centre agent, that was the kind of job I could get with a good language knowledge and no real profession to my name (I studied English Literature, it’s not too practical when one is looking for a “real job”…) This April I finally found a job I like, being an English teacher for primary school kids. The contact centre jobs gave me the idea that Hell is in fact a multinational company, (I think anybody who has worked in one can see the similarity) which is the basic predicament of my novel, Londemonium. Teaching kids helped me understand their world better, how can they be fascinated by such simple things as a sudden summer shower or drawing on the white board. I plan to study their behaviour in depth and use it stealthily in the children’s books I’m going to write in the future.

Have you won any awards for writing? How did that feel?

There is a writing contest organised back at home (Hungary) where I have been doing quite well for years. In 2013 I was 2nd in Poetry Category, 2015 had a special mention and this year (2016) I became 3rd in Poetry and 1st in Short Story. In means a lot for be because there is a professional jury but also because there is a money prize which helped me cope a bit. I also won the monthly writing competition of Enchanted Conversation which meant a lot for me because English is my second language, so winning an English language competition is twice the challenge. It was also great because I won an Amazon voucher and I could buy Jeff Vandermeer’s Wonderbook.

Can you sum up your latest book into ten words?

So, what have you written? Mention books, novellas, short stories, poems, blogs, awards or anything of interest, professional or hobby.

I’ve been writing in my mother tongue (Hungarian) since I was 14. I started with poems, then moved on to short stories and have been laying siege to novels for a while now. I started to seriously write in English in 2013, mostly short stories and prose although I tried my hand in a few poems. I have multiple novels in progress, the closest to completion is Londemonium, an urban fantasy set in London and Hell. You can find a list of my publications at inkmapsandmacarons.com.

Fanni Sütő (1990) writes poetry, short stories and a growing number of novels-in-progress. She publishes in English and Hungarian and finds inspiration in reading, paintings and music. She writes about everything which comes in her way or goes bump in the night. Her heaven would be a library with an endless supply of coffee latte, cupcakes and Dr. Who episodes. She tries to find the magical in the everyday and likes to spy on the secret life of cities and their inhabitants.

She is very happy to do collaborations, art exchanges, cross-art projects, so if you’re interested in such things, please get in touch.

Best wishes as you keep writing.

Sign up for Anna’s newsletter to hear occasional news!

(Your email address will NEVER be shared with anyone.)

Here’s the DRAFT calendar of next month’s #51writers prompts. Please comment or use the contact form to suggest questions you’d like—or any other ideas! Thanks much. —AK

(Your email address will NEVER be shared with anyone.)